Greenhill, owned by six generations of the same family, was lovingly and painstakingly restored in 2001 to its former elegance. Greenhill now stands in 73 acres and operates as a Homestay lodge in a tranquil setting in the heart of Hawke’s Bay.

Greenhill was once part of Maraekakaho Station comprising some 60,000 acres of land lying west of Hastings. In 1880 Archibald MacLean ( 1844 – 1929), bought 3,300 acres of Maraekakaho, and named his property Greenhill after his old home in Tiree, in Scotland. In 1897 Archibald McLean married Mrs Lyons, a widow with three sons, and began building a substantial homestead on an imposing site commanding panoramic views of the surrounding countryside. 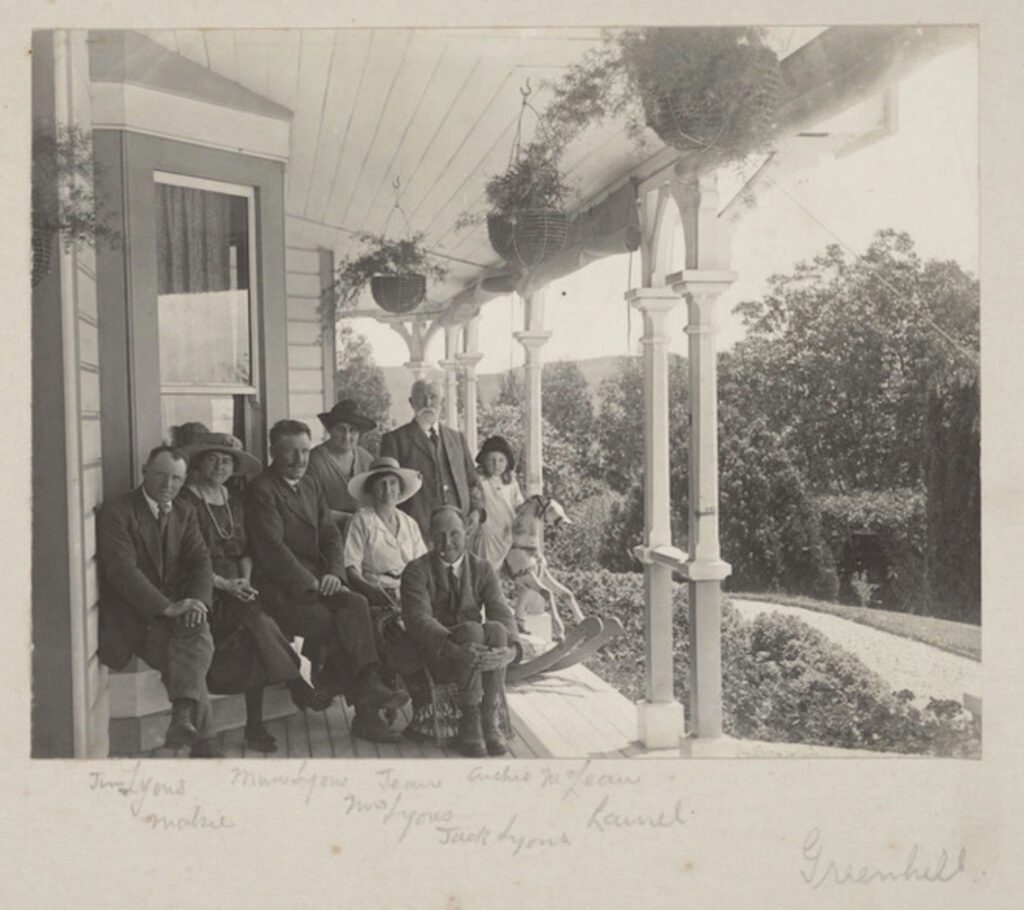 Greenhill was designed by George Sollitt (1834 – 1912) a Yorkshireman who set up practice in 1890. The architect, no doubt inspired both by the site and his client’s aspiration to be lord of all he surveyed, designed a three story central viewing turret, which dominates the villa.

No expense was spared. On a verandah frequently interrupted by porticos, paired posts are elaborately turned; shingled gables adorn a roof structure of enormous complexity; eaves are supported by brackets of widely varying types.

Fireplaces, moldings and stained glass windows are ornate. A handsome wood-panelled billiard room was added to the house not long after the completion of the original building. Greenhill remains a unique example of High Victorian wooden domestic architecture in New Zealand.

The gardens were designed by Alfred Buxton (1872 – 1950) a famous colonial landscape gardener from Christchurch.

The garden features a notable pergola and a long landscaped drive. The great trees not only embellish the garden but also frame the house in a pleasing way.

Panoramic view of the garden at Greenhill station, Hawkes Bay, taken between 1923 and 1928 by R P Moore of Wellington. Garden designed by Alfred Buxton about 1919. National Library Government Records

Two historic days in the history of Greenhill fell on 5 and 6 February 1958, when Queen Elizabeth the Queen Mother stayed in the homestead. Wishing to rest for two days during her tour of New Zealand.

Her Majesty asked the New Zealand authorities arranging her tour for a stay in a home typical of early pioneering days. The Queen Mother’s residence at Greenhill was marked by the raising of the Royal Standard from the tower. 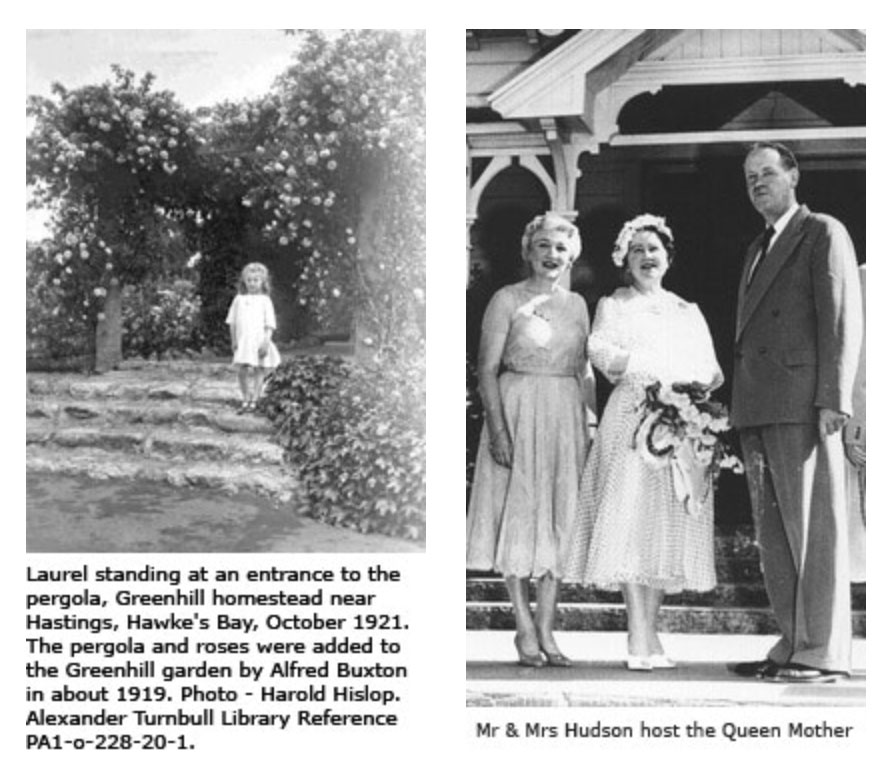 Archibald’s great great grandson inherited Greenhill lodge who sold it to Craig Hay and Neil Barber in 2001. Barber and Hay extensively restored the lodge before selling it 2011 to John Dick for $2.9m and went on to refurbish the Masonic Hotel in Napier.